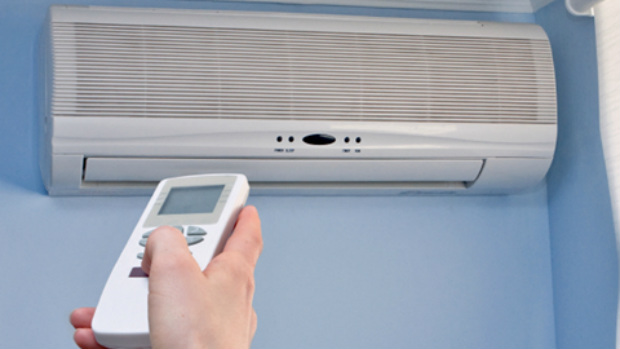 Can you imagine a world without air conditioning? I sure can’t.

From hospitals to sugary sweets and printing factories, they all benefited from controlled climate and lower humidity levels. Air conditioning even influenced migration from one city to another.

The first attempt to create an air conditioner was made by John Gorrie, a doctor, in the 1800’s when he realized that a controlled temperature could save many lives in hospitals and contribute to a more hygienic environment.

Unfortunately, the ice-trading industry at the time was so rich and influential that he stood no chance. His machine never even entered the market.

Only 60 years later, in early 1900’s, another inventor named Willis Carrier developed a machine that resembles the air conditioner we know today. But it took another 40 years for air conditioning to show up in homes and apartments.

Initially, climate control was used to protect products in factories and to cool down the movie theaters. Some say this is why the movie industry boomed. The summer was so hot, and since nobody had air conditioning at home, they would rather pay to see a movie in a cool and dry room.

With all this in mind, let’s explore 7 ways air conditioning changed the world as we know it.

Imagine a factory in the middle of the summer. Everyone is sweating and the humidity is affecting the quality of the products as well.

Factories were the first to benefit from climate control. Chocolate production went up even during the summer, and workers were working all summer long as well.

Printing companies didn’t have to take a break during the hotter seasons anymore. Humidity and heat no longer affected the color of the ink.

Textile factories no longer had to worry about humidity and the heat either. All types of fabric absorb and release moisture, and when the temperatures are too high or too low, the thread loses its elasticity and the final product is brittle and lower in quality.

Many industries made more money and avoided losses due to sudden changes in temperature and humidity. On top of this, business owners no longer had to import ice, which was quite expensive at the time.

Homes and skyscrapers were made with small windows in mind, big enough to let the air come inside the building and small enough to prevent the light and the heat from penetrating the rooms.

Before air conditioning, the big, tall skyscrapers filled with windows weren’t possible simply because nobody could have stayed inside them without AC.

Houses were also designed to keep rooms cooler. Bedrooms were placed in the corners of the building, and a cupolas were added to roofs, as hot air has the tendency to go up.

Also, many houses were made out of stone, especially in warmer climates, to keep buildings cooler.

Before air conditioners were used, staying indoors was a really bad idea. Most people would have rather stayed outdoors to enjoy the breeze.

Unfortunately, back in the day, sunscreen wasn’t too popular either. And, of course, staying in the sun all day long with no protection increases your risk of skin cancer.

Sweat can also transmit life-threatening skin diseases such as staph. Even today, you can pick up this infection from the gym if the machines are not properly cleaned.

Imagine the intensive care floor without an air conditioning system during a hot summer, or an operating room without controlled climate.

For many years, patients suffered during surgeries and intensive therapy because of the heat, not to mention that in hospitals bacteria spreads quicker. Sweat, humidity, and mold become even more dangerous because they increase the chances of transmitting diseases from one patient to another.

Even less serious cases could be affected by extreme temperatures. For example, patients suffering from heart disease would have a problem cooling off their bodies as well as breathing.

Imagine putting your stamps collection in a storage unit without climate control. The result would be disastrous.

Today, you can store almost anything in a self-storage unit, including delicate fabrics, fine art, old books, furniture, musical instruments, and classic cars. Most facilities have air conditioning and other features that will help you preserve your belongings.

Without climate control, many items tend to warp, dilate, or change their appearance completely due to sudden changes in temperature. For example, your collection of lead coins would transform into white powder if not stored properly.

Other metals are influenced by humidity and heat as well. Silver would go black and copper green.

Contributed by: Heating Furnace Fix , Experts in Airconditioning and HVAC